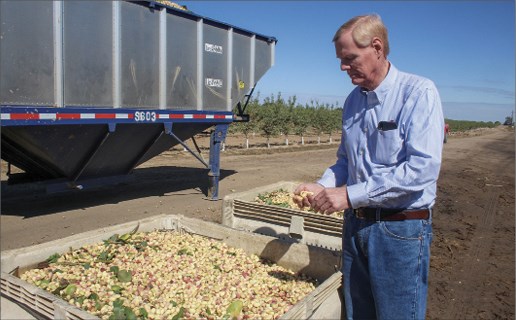 Next year, California pistachio growers and marketers say they expect to produce the state’s first billion-pound crop, and that such larger crops will be needed to supply the nuts to customers around the globe.

“We expect to hit our first 1 billion-pound crop in 2020, and we will continue to see record crops for the next several years as more and more production comes into bearing,” said Richard Matoian, executive director for American Pistachio Growers, a trade organization representing growers, processors and suppliers.

The 2019 harvest, now underway, is expected to be the state’s third-largest, totaling more than 800 million pounds. For the state’s alternate-bearing pistachio trees, 2019 is considered an “off” year, but, Matoian said, “what we’re seeing is, with all the new acres coming into production and the younger orchards bearing more every year, even the off years are producing fairly large-sized crops.”

There are about 350,000 acres of pistachios planted in the state and of that, 284,000 acres are bearing, with more acres expected to come into production during the next several years.

Maxwell described pistachio quality so far as excellent, and said large kernels have contributed to the weight of this season’s crop.

“We’re operating 55 sets of pistachio harvesters. It is very intense, but exciting; we love it. This is the time of year that we wait for,” he said.

Crews are completing the first shake of pistachio trees and will return in a couple of weeks for the second shake, Maxwell said, noting that the growing season featured a “very forgiving and cool spring.”

“We had significant rains in May, and that cooler weather and extra boost of rainwater really helped the nuts size up at a time when they weren’t under much temperature stress,” Maxwell said. “Pistachios are very drought-tolerant, but if you give them plenty of water and good soils, they will respond and reward you for it.”

“The harvest timing worked out really well to get all of the Gold Hills and Lost Hills (varieties) harvested before Kerman started. We started harvest on Aug. 26 and it will probably continue until the middle of October,” Gibbons said, adding that crop quality looks “really nice,” with larger nut size.

Despite challenges caused by the ongoing trade dispute between the U.S. and China, people in the pistachio business say exports into China and Hong Kong—the top export market—have increased, even with retaliatory tariffs.

“The tariffs are real, and they have a real impact, but despite a 55% tariff on raw product and of course that had been going up over the last year, and despite a current 30% tariff on roasted products, we have shipped more into China,” Matoian said.

Shipments to China have increased, he said, due to a 2018 crop disaster in Iran—the largest competitor for U.S. pistachio growers—and strong demand by the Chinese for pistachios, which meant China had to look to the U.S. to fulfill demand. In addition, the Chinese tariff on roasted pistachios initially was 15% during the high shipment months of October through December, Matoian said, and shipments did not slow during that time.

“The tariff on roasted pistachios was still initially at 15% and the majority of the product being shipped into China was shipped in the roasted form,” he said.

But in future crop years, Matoian said, if Iran produces large crops, “there’s the real potential that they could displace us in China, because Chinese buyers are sensitive to price and if they could buy from somewhere else cheaper, they will.”

About 70% of California pistachios are exported. Top export markets include China/Hong Kong, Europe and the Middle East/Africa.

Looking for additional opportunities in expanding markets, Matoian said India has become a focal point due to the country’s growing middle class and disposable income, and the fact that 70% of its population are self-professed vegans.

“We’re in the middle of the first month and we’re getting some really great feedback. Our shipments to India are three times what they were at this time last year, and the feedback is importers underestimated how much to order,” Hirigoyen said.

Maxwell said farmers “want to sell pistachios all over the world, and I think the biggest thing that’s helping us right now is the rising level of affluence in India and China. More and more people in these countries are able to afford them and worldwide, people are becoming much more health conscious. Nuts have been identified as a great source of protein and generally across the board, many people are all about healthy snacking.”

At Setton Pistachio, Gibbons said the firm sells pistachios to more than 50 foreign markets, and distributes to wholesalers and retailers throughout the United States. He said new trends include flavored pistachio kernels, a product that continues to have significant growth.

مدیر
نوشتهٔ بعدی
Standards in Pistachio – what standards do Iranian and American pistachios have? 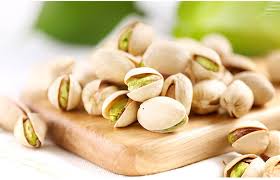 Standards in Pistachio – what standards do Iranian and American pistachios have? 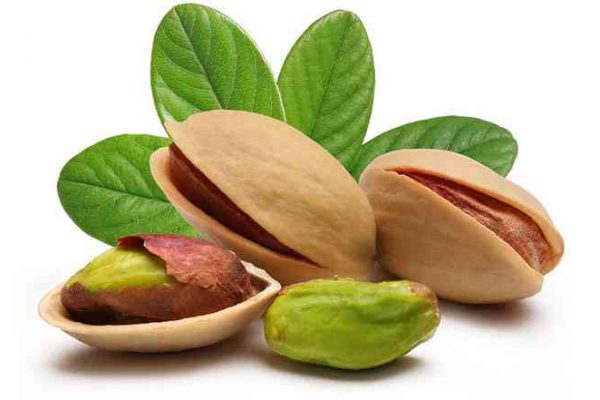